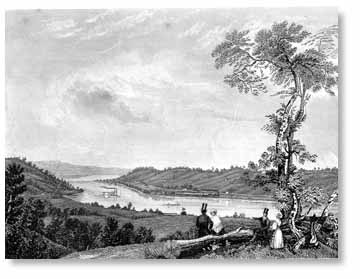 Down By The Ohio (Ohio, Omyo)

Girlies, slim and tall, Girlies, plump and small,
Very wild ones, Rather mild ones I've had them all;
From now on with woman I'm done, All excepting one.

Down by the Ohio, I've got the sweetest little O, My! O!
I'm going right back there to meet her, and then O,
picture me when I put my arms around her and kiss her again;
Down by the Ohio,

She's just a simple little country girl, I know,
Now country girls are not supposed to be wise,
But when you get to know them, you'd be surprised!
They've got that O, My! O! Just wait till I get back to Ohio!

Down by the Ohio, I've got the sweetest little O, My! O!
She doesn't dress as up-to-date as she might Her clothes are a sight
But when she's in the moonlight I'll say she's all right;
How she can O, My! O!,

She's just a simple little country girl, I know,
Your city chickens all have plenty of charm,
But I like chicken when it's fresh from the farm
With lots of O, My! O! Just wait till I get back to Ohio!

She's just right for me, Suits me to a "T;"
Great on cooking, Not bad looking, You would agree;
Since I met her life is so sweet! Folks, I must repeat:

The following history is from Parlor Songs (parlorsongs.com):

Down By The Ohio (Ohio, Omyo) was composed in 1920, by the song writing team of Abe Olman (Music) and Jack Yellen (lyrics). Mr. Yellen's most notable works include: Happy Days Are Here Again (1932), and Ain't She Sweet (1927). He also collaborated on several other songs, e.g. Are You From Dixie, Broadway shows and motion picture scores. He graduated from the University of Michigan, in 1913. Mr. Olman's credits include being an Ohio native, and composed the music to several popular standards, including: Oh Johnny, Oh! (1917), Down Among The Sheltering Palms, Come Back To Wai-Ki-Ki, and Along Miami Shore.

"One of a handful of state name songs to become a popular song hit, Ohio, Omyo was popularized in 1940 by the Andrews sisters (Bluebird) and the Smoothies (Decca). Interestingly, the catalogers of songs have incorrectly cataloged this song as Down By The Ohio and though that line appears in the lyrics, the song title is correctly: Ohio, Omyo. First made popular by Van and Schenck in vaudeville and later recorded by Billy Murray and Billy Jones, the song was performed by a number of luminaries of the day. Those who performed the song with great success, were Al Jolson, Eddie Cantor, and Ted Lewis. A terrific and catchy melody combined with great lyrics made this song one of popular music's lasting hits. A cameo appearance in the comedy film, 1941 brought it back into the limelight, in 1979, for a short while."

Note: The Ohio State University Marching Band arrangement dates back to the 1930s and they only played the chorus of Down by the Ohio. The full lyrics are provided above, as indicated within the original composition. The MP3 file below reflects the song as it was originally written. The MP3 file is courtesy of www.parlorsongs.com.

Listen to Jack Yellen's and Abe Olman's original piano arrangement of Down by the Ohio.